The global smartphone industry is seeing a slowdown according to American research firm Gartner, Inc. However the Indian smartphone market continues to grow. According to IDC 32.3 million smartphones were shipped in India in Q4 2016. That’s an increase of 23% over the figure of 24.9 million in Q4 2015. Alongside the U.S. and China with 222.9 million and 601.8 million users respectively, India with 340.2 million users is already one of the three largest markets for smartphones in the world. India is home to 20% of all mobile phone subscribers with a further half a billion new smartphone users expected in the next 3 years.

Smartphones are proving to be the primary device for enabling the digital world in the region. Not only are over half of internet users solely mobile, nearly 60% of users accessed the internet for the first time on their mobile phones – a clear contrast to many other countries, where desktop and laptop are the first devices used.
Indian retail customers are taking strongly to mobile commerce, with nearly 83% of people owning a smartphone shopping online on their mobile phones.

In particular, customers in the age group of 25-34 are taking to their mobile phones to shop online, with 90% of customers in this group doing so. Online shopping is only set to grow with 31% of those who have not shopped online thus far saying they planned to do so in the future.

India has 4G connectivity available in only a selection of few cities. Fast networking options in the others is still limited to 3G connectivity. For a population of 1.2 billion, there are 300 million internet users amongst which 180 million are smartphone users, with around 90 million subscribing to 3G plans. At around 8 per cent, India has a very low penetration of 3G usage. This is expected to go further down with the recent availability of 4G networks.
With the increasing number of 4G users, along with the ever increasing popularity of m-commerce and other innovative advancements, it is hard for companies to remain on the modern frontier of brand promotion. Thus, many are turning to creative marketing companies to ensure effective brand promotion in today’s age. Rsquare Media, based in Long Island, is a Creative Content and Design company which forms customized media marketing strategies, creates original content, and helps businesses stay ahead of their competition through innovative market disruption. Combining four crucial aspects of business marketing—social media, search engine optimization (seo), original content, and web design—Rsquare Media creates a comprehensive branding package which enhances visibility and extends audience reach. A free and convenient consultation will allow your company to pinpoint marketing weaknesses and create a customized strategy to optimize brand promotion. On the forefront of modern advertising technology, Rsquare Media is the first step in ensuring that target audiences are given the complete immersive experience. rsquare media is Long Island’s favorite Creative Digital MWBE Advertising Agency. Small Agency Attention. Big Company Results. Rsquare Media Change Agents can meet with at your Business in Freeport, Merrick, Baldwin, Rockville Center, Hempstead, Uniondale, Garden City, Mineola on short notice. Any other location on Long Island (Nassau and Suffolk Counties)- Brentwood, Central Islip, The Hamptons, Montauk, Amityville, Patchogue, Bohemia, Bayside, Bayshore, Deer Park, Hauppauge, Babylon, Huntington, Islip, Smithtown, Riverhead, Brookhaven, East Hampton, will require scheduling an appointment. Rsquare media can assist you with Facebook Fanpage Design, Facebook App design, Mobile Optimized Website Design, Android and Iphone App Design, SEO, YouTube Commercial Production, Informercials, Video Production, Graphic Design and Printing Services, Screen Printing and Embroidery Services, Indoor and Outdoor Signage Design & Fabrication. FREE Consultation. Call (646) 249-3561 today! 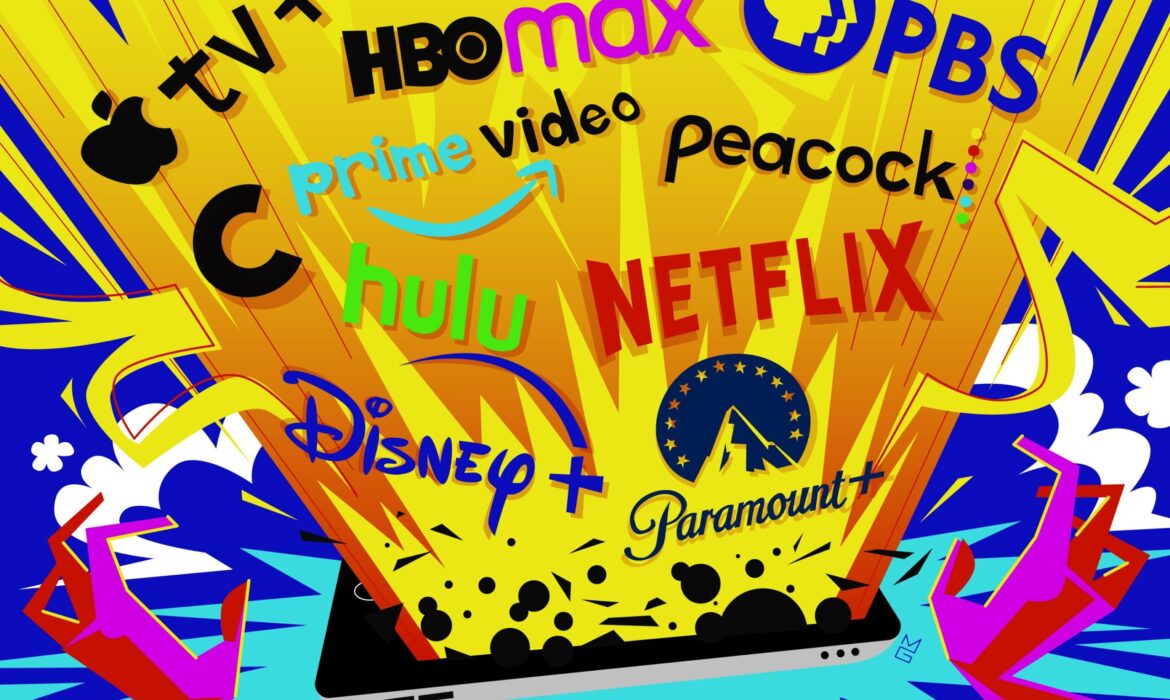 In a digitized, fast-paced universe like the one we live in today, Internet Streaming is most valuable and widely used. According to www.webopedia.com, “streaming or media streaming is a technique for transferring data so that it can be processed as a steady and continuous stream.” The latter part indicates why exactly it’s such a hit – having a steady and continuous stream has become a necessity today; consumers no longer have the time or patience to wait for a media file to be downloaded in its entirety. To add to it, streaming has extended to most technological devices, making it possible for users to stream anytime and anywhere – whether on-the-go or from the comfort of their couch – as per their convenience.

For streaming to work effectively, however, the receiver needs to have a fast enough internet connection. Slow internet disrupts streaming, leading to problems with buffering. The buffer fills up with the content needed next; therefore, any disruption in the connection would either stop the stream or compel one to compromise on the quality of the file.

Although streaming is the quickest and most convenient way to access media on the internet, it has not always been in existence. Traditional downloads were a lot more popular earlier, where one is required to download the entire media before using it. For instance, LimeWire – a free P2P sharing software through which users could download unlimited music, movies and games – was one such hot platform earlier. After it was shut down, however, people turned to BitTorrent; and a number of torrent sites sprang up because of its increasing demand.

Progressive downloads are popular today (where the file is downloaded and saved to the device), but it has a streaming equivalent in the form of a website or an app. Although YouTube has been popular for a while now, there are a number of other websites that allow for streaming of TV shows, movies and music. Netflix is the most popular example in the USA (it is yet to gain popularity in India). It started out as a DVD rental service, but 13 years after its inception, streaming began to become more than an add-on, eventually taking over and becoming the main feature of Netflix, and then moving out to other devices as well. Today, Netflix is the world’s leading Internet television network with over 98 million members in 190 countries. Similarly, there are a number of websites/apps today – both free and paid – through which people access their favourite TV show/movie like WatchSeries, Hulu, CouchTuner, TVPlayer and so on. Despite the competition, Netflix continues to enjoy topmost position in the US, adding more than 1.5 million members in the last quarter of 2016 and 4.9 million members internationally.

With TV streaming on the rise, it is only natural that cable TV is no longer indispensable to the people. This is especially evident in India, where Star India’s Internet equivalent Hotstar is gaining more popularity than their actual TV channels. It started off as an app to allow users to watch cricket matches live since most cable services had discontinued the free availability of the Star channels. Because of its huge success – the app garnered 340 million views for all 49 matches during the ICC Cricket World Cup 2015 – it expanded, offering content from the entertainment, movie and sports channels owned by Star India. An article by Livemint cites Hotstar as the top of all other video streaming apps in India (with a user base of 63.4 million as of January 2017) like Voot TV, JioTV, Netflix, Amazon Prime (in terms of their monthly usage) indicating the Indian consumer’s preference for local content.

Gone are the days when people went out and bought CDs, or even downloaded tracks off the internet – music streaming has revolutionized the way people listen to music today. SoundCloud (175 million monthly users), Spotify (50 million paid subscribers), 8tracks are popular examples – users can not only discover and listen to music across different genres, but also create their own playlists and share them with others. Additionally, SoundCloud allows users to upload their own audio tracks. Music streaming is also popular in India, with apps like Saavn (20 million monthly users, 70% of which are from India), Gaana finding favour. What sets these apart from all other music streaming apps is that regional and Bollywood music is available too, along with the popular English songs worldwide.

As can be observed in any of the aforementioned sites, when streaming first started off, it was a mere add-on to the other services offered by these sites. But with the advancement in technology, it has become easier for streaming to branch out and reach wider audiences, consequently resulting in its massive growth and popularity all around the world. While it is hard to say if this would eventually lead to elimination of the traditional forms of media consumption, it is fair to say that streaming is slowly but surely taking over.

Streaming on smartphones is most popular not only because it is convenient, but more so now because social media apps like Facebook, Instagram, Twitter have introduced live streaming, allowing users to create videos and transmit them to their followers/watch similar videos in the same instant that it is taking place. Also, all of the websites mentioned above have their very own apps (in fact, some are available only as an app), further advocating streaming on smartphones. 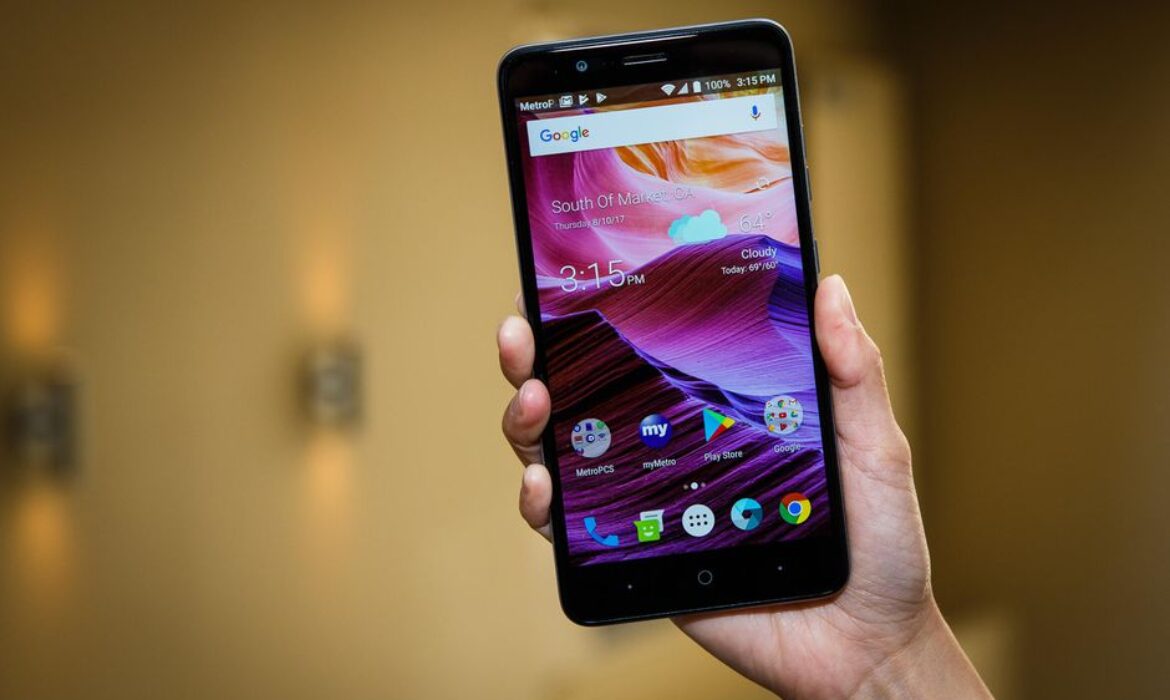 So here’s the solution to the ZTE Zmax Pro update problem which I encountered while on Build Version B14, trying to install B20. The B20 update would always abort during the installation process. Here’s the fix, straight from ZTE Tech Support.

See below excerpt from my chat with ZTE Tech Support:

rajiv jadhav: can you*
Andrew C: These steps may take a while. That’s why i was advising you to contact us back if issues are still persistent.
rajiv jadhav: o ok

This is the link I used to contact ZTE Technical Support: https://www.zteusa.com/zte-zmax-pro-mpcs#support